Apparently, I am one of the few mothers to have procured a ‘relationship’ with my teenage daughter.  Out of the ashes of the domestic warzone that started seventeen years, there has been an armistice, although the fragile ties that now bind us are still perilously loose. I fear a reprisal at any time, so celebrating our reunion prematurely makes me a little nervous. I know that one false move could catapult me back into the battlefield, but so far, we are both still here.

A portion of the advice I inhaled anxiously (in my quest to be the ‘perfect’ parent) from those patronizing parenting manuals, must have resonated after all. I discarded it at the time and in despair followed my own instincts, but could I finally be reaping some reward for my efforts now, like they promised me I would?

A young adult has definitely superseded the mutant that used to slither around the house, like some predatory reptile, waiting to pounce on its next unsuspecting victim. Usually me! Somewhere along the line a truce was made, an unspoken agreement drawn up, a ceasefire erected. The same possessed and angry she-devil, who screeched her way though adolescence has evolved, and finally blossomed into a ‘normal’ person. 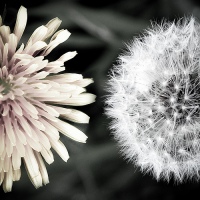 She no longer persecutes me for attempting to associate, appease or spend time with her; I have even been invited to shop with her, although my request to befriend her on Facebook still receives a definitive ‘no’. She now ‘suggests’ the cinema to me and I am a sycophant to her charms, even though a three-hour fantasy film incites as much pleasure as sticking pins in my eyeballs. You see, I want to spend time with her, now that she’s on the cusp of leaving the nest. So I force-feed myself with ‘Maltesers’ to stay awake, for I must never become reticent and forget the ‘dark years’. Those years of exclusion and her self-imposed exile to her bedroom were painful rewards for the unconditional love shown to her in the early years. And during that period, I believed that they would never end.

But in reality, she has evolved from nappy to short skirt stage in the blink of an eye, although the crows’ feet and the grey in my hair tell a different story. Why did I have such little faith in my ability as a parent, or in her ability to metamorphose into a decent human being?

Our future looks brighter. I find myself entertaining the notion of her offspring (not spawn) – my grandchildren. Such is the circle of life.