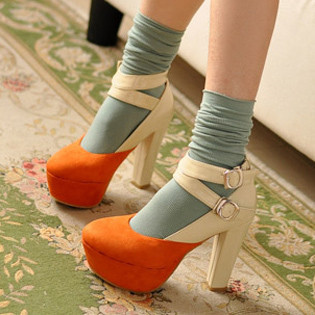 I fear that I have been demoted to the role of ‘has-been female’ in our household.

I’m tentatively thrilled that my relationship with my teenage daughter is now in the ‘rediscovery’ phase after several turbulent years of adolescence, but I am sensing a resulting shift in the family dynamics. Whilst I’m earnestly trying to embrace our new pact, (I think she has to control her outward frustration with family life and I have to relinquish control of her every breath), some of her new behaviors relating to her ‘growth’ are irking me.

This newfound-maturity thing is not as straightforward as it seems, the main obstacle being that I’m simply not mature. There was no warning that the evil duckling was about to turn into a swan and I was obviously ill prepared for the fall-out. The family has welcomed the sudden change in her disposition, but if I’m honest I’m a little sceptical. Furthermore, I’ve observed that she has begun to infringe on my position in the household and, dare I say it, take on my role of alpha female.

Fortunately, she doesn’t seem fully conscious of her new standing yet, but I’m watching her. Obviously, her father fell for her guile the day she was born, and as nauseating as it is to witness his disempowerment in her presence, even I would be proud of her talent for extracting cash from him. And in spite of her newfound control, her brother still knows how to push the bitch switch and is not afraid of the outcome like the rest of us.

But her outer poise says it all and she now sashays around the house (my territory), exuding a shameless inner confidence and all-round gorgeousness that, frankly, I find confronting! I know I am the adult here and should be embracing her metamorphosis, so why do I see her as a threat? 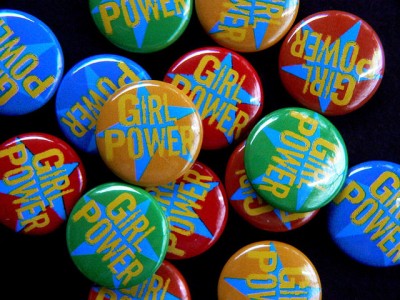 You see her transformation into a young woman has provoked some serious soul searching on my part, although I have tried to rationalize my feelings of ‘offspring envy’. Maybe I can blame that on hormones too, or maybe I’m being too self-critical. I have adapted quite quickly to most aspects of her transition, after all, like the biological modifications neither of us could control.  Her height was only an issue until I re-introduced heels back into my wardrobe but that pheramonal attraction that boys have to her has been harder to manage, and stomach. Honestly, it’s hard to ignore the aesthetically perfect specimens of walking Testosterone that loiter around our home now, fawning over her, like drones around the Queen Bee. Boys used to behave like that around me, but I only catch the eye of male retirees now, and that’s on a good day.

So, do I retreat and lick my wounds or celebrate the success of my parenting skills? Am I really that shallow that I’m allowing my self-esteem to be threatened by the youth and beauty of my own progeny? Maybe I just need to ‘get a life’, like my ‘man mountain of middle age spread’ advised when I was moaning(his words)/seeking reassurance(mine)?

I admit it – I envy my own daughter! She has artfully crossed the boundary from adolescence to young adult, and in the words of the Spice Girls, acquired ‘girl power’. Once upon a time I used to have that power, but it’s been replaced by wrinkles and unwanted kilos. I envy her youth and looks, covet her intelligence and would trade my Chanel handbag for her endless possibilities.

Maybe I just need to grow up like she has!