I am the ‘fraud’ parent at my daughter’s Parent Evening. While my seventeen-year-old has acquired a fake ID to get intoxicated, I often question my true ID as a responsible parent. 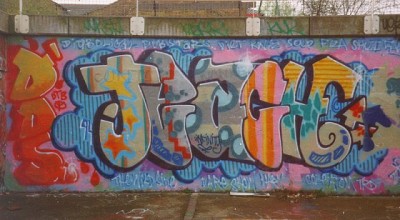 A lot of us are guilty of ‘winging’ this whole nurturing lark. We’ve had to. The dissolution of the ‘extended family‘ has forced us to rely on manuals, magazines and the Internet for information on basic child rearing techniques. And while I don’t doubt that Dr Spock’s advice is theoretically sound, I bet he never had to explain to his wide-eyed son why the missionary position ‘is not uncomfortable’.

With the time constraints of two working parents and the necessity of having to compete with social media for our children’s attention, disciplining and teaching our kids the core values has never been harder. We’re all guilty of citing unconditional love as the main component of good parenting, because that’s the easy part. But does the perfect parent truly exist?  The answer is ‘yes’, because they always show me up at parent evenings.

Each time I attend a parent evening, I get it wrong. While I obviously physically qualify as a ‘parent’, I don’t seem to possess the requisite tools for the trade. The dissident idealist within me still wants to kick off to the teachers about ‘free will’ and ‘living life’, without the constraints of archaic state systems. And no amount of premeditated self-control can transform me into the mature, dependable parent that my daughter wants me to be in the presence of her respected educational advisors. The concept of kowtowing to teachers does not appeal to me and I would rather the Curriculum developed her spirit that maximized her ATAR.

But with the best intentions in my daughter’s world, I attended her Year 12 parent evening yesterday, having bitterly lost ‘rock-paper-scissors’ to the old man. Not an auspicious start, leaving the printout of teacher names and times on the kitchen bench-top, but I improved my performance by remembering to bring her report along, ‘for discussion purposes’, a practice that appears to be common among the more ‘committed’ parents ie. those who don’t have a life outside their children. As my daughter is now in a crucial year of her educational evolution, apparently, it was a last stab at impressing both them and the scholastic hierarchy.

While I was overtly fanning the report in front of my face, even though it was a cool 15 degrees, I spotted the latest trend in ‘dutiful parent’ accessories, the now obligatory notepad and pen! It seems that it is also de rigeur to take notes, as the teacher decimates your child’s self-esteem and cross-examines your parenting skills. Suggestions such as, ‘needs to work harder’, or ‘give up now’, are seemingly too hard to process without a visual reminder.

Luckily, I’d taken the precaution of downing a double Espresso prior to our first meeting

in the science department, to keep me conscious. Erring on the creative side, absorption of any science-based content is always a difficult process for the limited channels of my artistic brain, and the behavioral bi-product of this strain generally shows itself in my physiological impulse to yawn repeatedly.  While the coffee did prevent me from revealing my throat anatomy every time my daughter’s chemistry teacher mentioned ‘mole theory’, it’s diuretic powers of persuasion were responsible for increasing my daughter’s stress levels, as I rushed between appointments, not realizing that my cardigan was unfortunately stuck in my pants in full view of her peers. Once again, an intruder pretending to take on the responsibility of her parent had compromised the highlight of my daughter’s scholastic calendar.

Was it only last year that the ‘united front’ of both parents had attended the event, when a mutual case of uncontrollable hysteria had forced us to leave early due to the math’s teacher choking on his own saliva while discussing the minutiae of quadratic equations?

When did this inferiority complex about Parent Evenings develop? Is the old tag of ‘underachiever’ responsible for me behaving like the ADHD kid, squirming in my chair and planning my escape, when I should be focusing on the educational well-being of my child? When did those real parents, the bona-fide ones with the Hush Puppies and intelligent questions, get their P plates? I live in hope that I get them before my son leaves school.