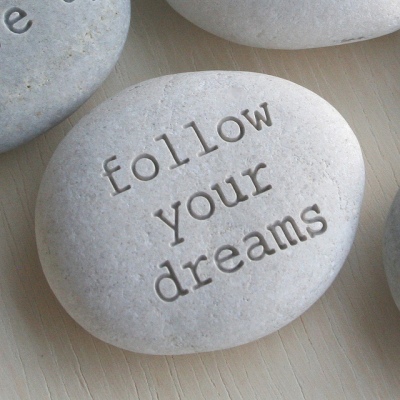 In conjunction with my recent  post about following your dreams, I stumbled upon this quasi-perfect little gem of a Brit flick the other day, and so decided to brazenly write a film review about it.

I am completely aware of my  zero credibility as a film critic but allow me to indulge myself and promote a movie that managed, not only to make me belly laugh, but also to touch my heart, (apparently it was there all along, and Search and Rescue managed to locate it behind dense, protective force fields of cholesterol build-up). Read on for my ‘midlife’ interpretation of ‘Salmon Fishing In the Yemen’.

Think ‘Four Weddings’, with an injection of intellectual sensibility, astute casting, hilarious British pomposity and an engaging, if slightly absurd plot (with the underlying message of ‘following your dreams’).

With a smorgasbord of tantalizing backdrops, from the lushness of the Scottish landscape and the manicured perfection of British suburbia, to the heady diversity of London (complete with grey skies), this movie managed to invoke in me, long-buried cravings for everything English.

(For the record, it obviously would have been a treason-worthy offence for me not to view this  film – what with Diamond Jubilee year and all that, but that is as far as my patriotic bias stretches in this review. It should however be noted that Vegemite has, once again, been usurped by Marmite in the ‘spread’ war in our house).

But it was the synergy of self-deprecating humour, sensitive character portrayal and a surfeit of gorgeous eye-candy that really sold this movie to me.

And talking of eye-candy, Ewan McGregor plays the main protagonist of the story, Dr Alfred Jones, a British fisheries expert, who is asked to research the possibility of introducing the sport of salmon fishing to the Yemen.

Bogged down by the tedious conventionality of his office job and a tired marriage, he is initially contemptuous of the project and tries everything in his power to avoid involvement. But the British government has other plans.

I should point out here that Ewan McGregor and I have had a few personal issues that needed ironing out, prior to me seeing this movie.

You see, having fallen deeply in lust with him, when he thrust his phallic light saber as Obi Wan Kenobi in Star Wars, (dire futuristic subject matter aside), and then deeply in love with him in his ‘I’m just a normal guy’ guise on his bike for The Long Way Round, he disappeared from my ‘hot leading men’ radar for one very good reason – sorry Ewan, but singing in films????

Allow me to qualify why this is an issue……….

In my opinion, there are two raison-d’etres for going to the movies – 1) justification for the consumption of a whole box of Maltesers and 2) justification for gawping at gorgeous leading men. (I’m a mature woman and I can own up to the fact that the main prerequisite of my film choices is eye-candy; I can also admit that I am a sad old woman).

So in watching this film, I was, in fact, giving Ewan the chance to put right the wrong of ‘Moulin Rouge’, the chance to resurrect his leading man ‘sexiness’ status. And although the confines of this role certainly limits conventional sexiness, he works it.

However, whereas my passion for Ewan’s craft has peaked and troughed over time, I’ve never liked Emily Blunt since she slept with Michael Buble.

But in this movie, (and no matter how irritating I find her unthreatening girl-next-door allure on a personal level), she does manage to carry off the ‘thinking man’s’ female protagonist role, as Harriet, convincingly.

In her role as the Sheikh’s consultant, she plays the sensible foil to Ewan’s (hinted-at) Asperger’s awkwardness, working as intermediary between the two men. And she generously allows Ewan to wring out every last subtle comedic moment of his parody of the fishing nerd, and to demonstrate his growth into a thoughtful and emotional man.

But back to the eye-candy. This beautiful film actually provides more stunningly handsome men than the Hemsworth family and certainly more than your average middle-aged woman can handle. Not only does Ewan’s latent sexuality simmer throughout the film, but there is also the visual delight of Amr Waked who plays Sheikh Muhammed, the catalyst of the salmon-fishing project and the modern day equivalent of Omar Sharif in Lawrence of Arabia. Not forgetting Tom Mison, who plays the heroic man-in-uniform role, stoically, in spite of being a little under-developed as a character (but did I mention he was wearing a uniform?)

Testosterone aside, it is Kristen Scott Thomas, as Patricia Maxwell the Prime Minister’s Press Secretary, who steals the show for me. Her timing and execution is faultless and she does the affected-wannabe-aristocrat act so persuasively. Her comedic scenes in London are in sharp contrast to the serene, more serious tones of the developments in Scotland and the Yemen, where the underlying theme of following your dreams is fully played out.

The finale was a little ‘Americanized schmaltz’ for my liking, (in the real world, they would have all gone back to their boring day jobs), although my companion wept through the ‘will they/won’t they’ scene. But in spite of some poorly contrived situations – Yemeni assassins floating around the Highlands springs to mind –  the storyline was strong enough for me.

Mega-rich Sheikhs spending more money on luxury sports than it would cost to rebuild the Greek economy, is probably not the most appropriate storyline in the current climate, and this film has attracted mixed reviews, but the cinema is about displacing reality and in my humble opinion, the theme of taking a chance and ‘swimming against the current’ is a positive theme in a western world still drowning in recession.

Apparently there are about 606 calories in a box of Maltesers.

8 thoughts on “Midlife Mayhem – The Sexiness Of ‘Salmon Fishing’”