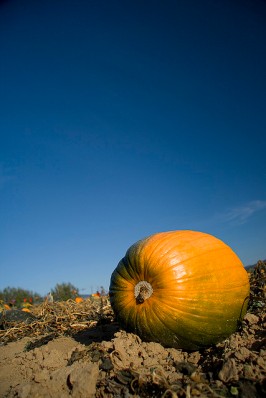 So here’s the thing. I’m wondering what the general consensus is vis a vis me hiding at the back of the house (with my earphones on), while the trick or treaters are doing the rounds?

To avoid them. Obviously.

The problem is, that we appear to have messed up geographically (big time) when we chose to live in the ‘trick or treating’ mecca of Sydney. Our street is so popular at Halloween that I reckon it’s programmed into every metropolitan GPS as a ‘popular destination’. And there is no doubt in my mind that the reason posses of kids travel from far and wide to beg at our doors, is because some weak-willed, desperate-to-please, do-gooder parents set a precedent a few years back, and were a little over-generous in the sugar department. Which means that we now have the whole of the Northern Beaches Thriller cast tramping through our street, trampling our garden-beds and whoring for sweets, every October.

So this year I’ve decided to make a stand. I refuse to be bullied in my own home.

We’ve had a family meeting to discuss our options; the most popular being to escape to the local Thai (where I imagine they don’t really celebrate Halloween). Until we remembered the dog. To be honest, we’re a little concerned for her sanity at the mercy of a marauding pack of sugar-high local delinquents. This is a ‘delicate’ dog, who has a mild thrombosis if someone so much as sighs audibly in HER street, let alone if masses of scary children suddenly descend on her territory ALL AT THE SAME TIME. She will without question bark herself hoarse, and it goes without saying that she will wee uncontrollably on the floor, (or my new sisal rug, which is her bathroom of choice in situations of anxiety).

The second option is to stay at home and ignore them.

By rights, I shouldn’t have to answer my door to strangers, of course. I mean, I don’t have to answer to canvassers or Jehovah’s Witnesses, or Estate Agents or even those annoying teenagers who try to sell me suspect household cleaning products that look dubiously like they’ve fallen off the back of a lorry. In theory, I should be able to either a) ignore the knocks without being guilted out or b) answer the door and explain succinctly why I am a humbug averse to the whole principle of Halloween, without the threat of being ‘tricked’.

But we all know that it wouldn’t be politically correct for me to do either of those things because CHILDREN are involved. And this generation has been wrapped in some serious cotton wool. They are from a world where they can’t be exposed to disappointment or real life scenarios, where they are encouraged (and supported even) when they are crap at something; they are from a crazy world where the ‘tight witch’ in the street, who refuses to supply them with more costly fillings, could be reported to social services for cruelty to children, if she doesn’t toe the line at Halloween.

So even though I harbour genuine disdain for this commercialized  pagan celebration foisted upon us by Americans, and although I am conscious of the fact that it represents just another lame excuse for those rather suspect people who enjoy fancy dress, to dress up in ridiculous clothes and stuff their faces with pumpkin, it means that I will, in effect, be a prisoner in my own home on Halloween night.

You see, ten years of enforced trick or treating have finally taken their toll on me and now that my own children have grown up and transferred their interests to drugs and alcohol, I could do with some respite. I’ve had ten years of spending a small fortune on lollies and plastering a fake grin on my face as obnoxious little kids shout ‘trick or treat’ through my letter box and prod their sticky mits into my bowl of sugar, leaving their wrappers on my lawn, (often without so much as a ‘thank you’). And ten years of worrying about THOSE teenagers, (the ones who always turn up just as you run out of sweets), who you know will end up venting their frustration in a mass mutilation of your prized Frangipani.

What I actually need is some Halloween therapy.

I’m still debating my tactic for tonight, but I think we’re going to move.

Pumpkin by Jibby! at www.flickr.com

She wasn’t impressed that I took her further than around the block this morning. #ageing #walking #dogwalking #beach #view #ocean #bilgola #sydney
Feeling it 😩. But not enough to put the lives of others at risk. #lockdown #sydney #covid_19
Good to be back in the old hood. #housemove #newport #northernbeaches #ocean #view #beautiful
Surfs up! What a great way to exercise your mind and body in lockdown. #lockdown #surfing #newport #sport #exercise #beautiful #beach #ocean #health
Been married to this dude for 28 years today. Here he is contemplating how lucky he’s been 😂. #anniversary #Marriage #love #soulmate #weddinganniversary #couple #grateful❤️
Walking off the comfort food I’m consuming in lockdown. #walking #health #lockdown #pittwater #Churchpoint #comfortfood #eating