My regular readers might remember that the old man and I have been attending what we call ‘Bad Parenting’ classes for some time now, in an attempt to get our son ‘out of the woods’. Kurt might have his own inherent issues due to his ADHD, but as we are consistently reminded, ADHD is no excuse for bad behavior. 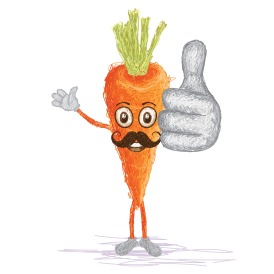 So we’ve had to look at different approaches to how we parent him, because some kids simply don’t respond to the normal methods.

Recently, our psychologist recommended the Love And Logic style of parenting, which for me has been more enlightening than screw-top wine bottles.

Love and Logic parenting divides parents into three sub-types: the helicopter parent, the drill sergeant parent and the consultant parent.

(My regular readers might also be aware that I am a fully paid-up member of Helicopter Parents Anonymous, too).

My own mother was a Drill Sergeant parent, as most parents of her generation were; added to which she was a single, working mother with three children and so really didn’t have time for no shit.

But when we parents from Generation X had our babies, we were the guinea pigs for a new style of parenting where you didn’t smack your children or shout at them, rather you praised everything they did (even if they were crap at it) to raise our children’s confidence and self-esteem out of love, rather than fear.

‘Helicoptering’, as a parenting method is more commonplace now than you think. I see the danger signs of it every morning when I watch mothers of primary school kids carry their kids school bags and I was horribly guilty of it myself when I used to take Kurt’s forgotten lunch into school for him, write the school letters to excuse him from sport and when I won (hands down!) all those Head Teachers Awards for THE BEST FUCKING PROJECTS.

But we ‘helicopters’ are naïve to think that we are supporting our kids by enabling them in this way, when in fact what we in danger of doing is hindering their growth and independence, which ultimately makes them less confident.

‘Consultative parenting’ is the ideal approach in the eyes of Love and Logic. This style of parenting is about showing love and support at all times, not shouting or over-reacting and using consequences instead of punishments. Acting as a consultant to your kids allows them to think for themselves, make their own decisions and mistakes and learn independence.

Which is great in theory…although the journey to success can be fraught at times.

I was very lazy when it came to getting our kids to contribute to household chores. When they were younger, I worked part-time so I had time not to have to deal with the moans and groans, the half-baked attempts and the inevitability of having to do those chores all over again myself.

But with our psychologist’s recommendations haunting our every waking hour, these days the old man and I are encouraging our kids to be independent and to do as much for themselves as possible.

In this particular area, Kurt is a model child, thanks to his OCD – in fact we have to book time slots with him as to when we can use the washing machine. And at twenty-one, NC is obviously not a child anymore, but as a student she still lives at home. Because NC has a part-time ‘proper’ job, is studying a full time science degree, is away every other weekend discussing the Earth’s orbit with NB (who I think I will rename from now as The Astronaut), (and I don’t want anyone to tread on the House Bitch’s toes), I have been slack about insisting on how much she does around the house.

She has changed her own bed linen for a while, although she is happy to leave it until it walks itself to the laundry. She does her own laundry – until the old man caves in when he can no longer relocate the carpet in her room under the thick layer of dirty undies that have begun to take root. And recently, she has started cooking for herself because she wants to eat more healthily than the old man’s nightly offerings of meat and rice in a different sauce.

But sometimes I question if the devastation in the kitchen afterwards is really worth it!. This morning I entered the kitchen to what looked like the after-effects of a grated carrot hurricane. There is no bigger EWWWWW! in my book than treading on food mulch in bare feet, first thing in the morning. Not only that, in spite of being a scientist, NC has unfortunately inherited her father’s oblivion to bench top microbes.

While I don’t want to nag her, mainly because I don’t want her to strop off, never cook for herself again or stab us in our sleep lose confidence, a Love and Logic approach might be to go into her room and have a grated carrot dance together so she can see how much it compromises my OCD to find grated carrot in my cup of tea.

And one of the other recommendations Love and Logic offers us desperate parents is how to communicate with your child. Rather than an accusing ‘WHICH FUCKER SPRAYED GRATED CARROT AROUND MY CLEAN KITCHEN?’, what I should say is something along the lines of, ‘Darling, you know how silly my OCD makes me and how although grated carrot in my tea shouldn’t bother me, IT DOES, so can we find a solution to your grating technique so that all the carrot lands in your salad?’

Still working on it.