I’m feeling old today; certainly older than I should feel at fifty, although my kids may argue with that. 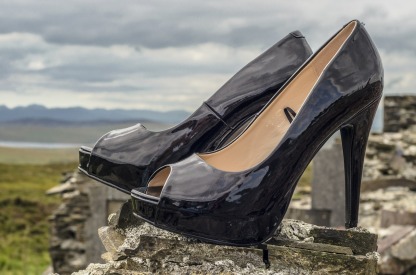 I look at the recent family photos we took at Easter and although I understand that we women of a certain age never like how we appear under the scrutiny of the lens, the cost of two days of celebratory over-drinking (and I don’t mean ‘water’) has had a very obvious toll on my face.

On days like this, I’d love to be able to turn back time and control the seismic shift in mood that hormones and alcohol in partnership together have on my body now that I’ve reached (what should be) the maturity of my fifties. I wake up and still feel like a Spring chicken after days of sobriety, whereas days after I’ve burned the candle at both ends, I’m tired, crabby and full of self-remorse.

I can’t keep ignoring the fact that alcohol and me just don’t get along anymore; we’ve outgrown each other, and are ready to move on now to our own respective pastures new. Our relationship has become toxic – these days drinking makes me feel more miserable than good about myself.

But how to let it go? I’m naturally an introvert, you see, so I’ve relied on this liquid crutch since I was sixteen when I supped my first illegal Vodka and Orange down at the local pub. Worse, I still like the way drinking makes me feel – up to around the third glass – when from thereon in it’s always the same down-hill debacle.

Alcohol is such an easy friend to be around. It’s unassuming, doesn’t judge me, makes me appear far more fun than I really know how to be, puts a fake shine on my normally reserved personality like the one on black patent shoes, and when you can function relatively normally on it, (which I have done up until now), where’s the problem?

I’ve been drawn to posts from other bloggers and writers recently who have given up the booze, and swear they’ve never felt better, even though the decision has required more changes than they anticipated. It’s not simply a question of avoiding the bottle shop; a need to to redefine who you are in sobriety and society appears to be a common theme.

Which is daunting, because all my best relationships thrive around drinking.

But the negative impact of this friend of mine, to my self-esteem and creativity, is no longer worth the minimal gain. The depressant effect it has on a mind already vulnerable to erring towards negativity, not to mention the guilt associated with being a role model to a young adult who is already fighting his own drinking demons and the risks of elevating my chance of all manner of horrible cancers, means it’s time.

I’ve used the excuse that I don’t need to drink every day, for so long, it bores me. While at the same time, I’ve come to detest those predictable weekend mornings ‘after’, when the hangover invades my body, egged on by my self-hate for not having the discipline to stop, forcing me to waste another Sunday that I’ve looked forward to all week.

You see, the real problem I have with my relationship with alcohol is my body’s poor recovery from its effects, since I’ve aged. It’s how quickly the deterioration from fun-time, party animal to hung-over hobo in yoga pants happens. Self-disgust is not pretty, and I now resent the reliance I have on something so puerile to make me feel good about myself, when there is so much else that should work.

But then there is the fear that if I remove this loyal, close friend who has stood by me for most of my adult life, will I become an uninteresting shadow of the person I was?

6 thoughts on “Alcohol: Time To Farewell A Dear, Old Friend?”

A last look at this beautiful coastline for a while. Feeling refreshed and ready to focus for the first time this year. The power of the ocean. #holidays #onemilebeach #beautiful #relax #focus #ocean
When your camouflage for the sofa is on point. #dog #doglife #cute #neutral #camouflage #coordination #onpoint #puppy
Old farts (myself included) day trip to Elizabeth Beach. #holiday #fun #beach #Pacificpalms #friends #beautiful #old farts #daytrip
Holiday exercise regime. Walk + Pilates today, followed by several swims in the ocean and glasses of wine in the local pub. #holiday #exercise #beach #mentalhealth #fitness #wine
Chilling. Eating and drinking too much. Listening to podcasts. Holidays. #nofilter #beach #beachlife #beautiful #sand #happy #holidays #relaxing #chilling
Finally, the sun came out today and it was worth the wait. #holiday #sun #beach #happy #light