You’ll be aware by now that I’m a fervent believer in gender equality and the old man and I have heated discussions on the subject most weeks over a bottle or three of wine. And the one area in our discussions where he really gets to me is when he argues that because women don’t have the same physical strength as men, there are some jobs that women simply can’t do. 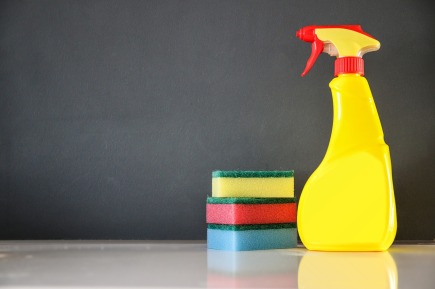 So I admit, women probably can’t pull trucks with their bare hands for stupid tv programs such as The World’s Strongest Man. (Remember that?)

However, they can fight in wars, build houses and cut down trees and I believe that in all other areas of work, (given the same opportunities), they are equal. Apart from one – because in my experience men have an unfortunate handicap when pitched against women, that of a severely underdeveloped limbic system, the area of the brain responsible for memory.

First of all, let me say that this is not a general attack on men (or the old man), more a statement about the ‘nagging’ label that some men assign to women with such onerous ease each time they are asked to do anything something in the house;  and more so because in this age of equality, the old man does his fair share of nagging in our house.

However, and it saddens me to admit this, as much as I find the verb offensively belittling and sexist, sometimes the act of nagging is a necessary evil, due to aforementioned genetic mutation that some men are born with when it comes to remembering shit; one which seems to become most noticeably apparent on the domestic front.

It should be noted that some scientists believe that selective memory is also a co-morbidity of this serious condition.

I’ll give you an example. I have asked the old man, kindly and without raising my voice, for about five years now, not to pour crap down the sink onto the cleaning sponges, as well as explaining to him patiently the reasoning behind my request – in that we use them in the hygienic capacity of keeping the kitchen devoid of bacteria, germs and creepy-crawlies.

Yet every day I go to use the dish cloth or sponge, it is soaking in a puddle of unidentifiable ‘kitchen grossness’ that not only turns my stomach, but has the capacity to turn all our stomachs into a bad case of gastro.

So, between clenched teeth, I remind him again about the fucking irritation sad disappointment his lack of care causes me, and I will be told to stop nagging – about the same time that a force as powerfully threatening as a platoon of White Walkers climbing over the wall takes over me.

Men will always deny they’ve ever been told or shown how to do something foreign to their intuition, of course, or they’ll say it’s not important enough to worry about, or come back at you with helpful suggestions like maybe you should take ownership of the chore, ‘because you’re so much better at it’ than they are. But it’s a ploy, people, a sad little ploy not only to get them out of helping you, but to pass off their share of the chores back onto you.

The statistics speak for themselves, when 79% of working mums admit that they do the bulk of the housework.

Worse still, we women have been brainwashed to believe that it’s not worth asking, or wrong of us to suggest they help out for fear of that most heinous of accusations, being a nag.

Interestingly,  men appear to have a perfectly developed short term memory when it comes to how much money you spent on clothes shopping in any given month.

3 thoughts on “The Male Short Term Memory Issue: A Valid Reason To Nag”