Can it really only be a week or so ago that I was bragging to a client about how I never get colds since I’ve lived in Sydney? Yet here I am, on my third day in bed. 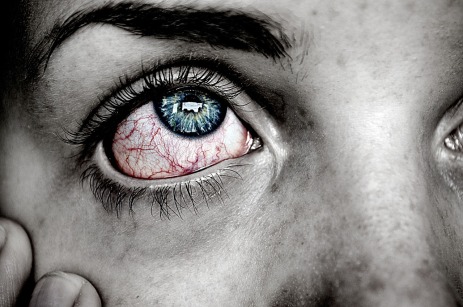 I take full responsibility for this Karma because someone, somewhere, must have heard me when I wished silently for some sort of…any sort of reprieve from work when I felt at a low ebb recently. What you forget at those moments is that when you’re genuinely sick, you feel far too shite to watch Netflix all day or try out new Pinterest plaits.

And this cold is ugly. Even the Princess, usually the perfect support when anyone in the family is sick, has begun to look at me with pity, as though I’m that gross, green snot monster from some advert for cold medication, or a troll from Lord of The Rings.

I will, however, make it clear that this is only the common cold and that if I absolutely had to get up for something important, like if Chris Hemsworth suddenly turned up on my doorstep, I could do it – which means that it’s definitely not the flu.

I’ve discovered that Australians, in spite of being the toughest fuckers on the planet when it comes to wildlife, can be the most pathetic species when it comes to sickness – either that or they’ve never experienced real influenza, because that’s how many of them describe the common cold.

‘Don’t get too close, I’ve got the flu,’ I hear them say feebly over lunch, as they guzzle on their second glass of wine.

Having said that, mine is definitely a version of man flu this time, because even though I know in my old bones that it’s only a cold, this one feels far more virulent than my normal strain. It’s the strain the old man normally gets after me, a real bad boy that is more like the type I used to get in the UK where we had snow and real weather to explain it.

Typical symptoms include not being able to breathe normally – not good for someone with anxiety. I’ve mentioned before about my over-exuberant gag reflex, usually demonstrated whenever I put a parking ticket in my mouth while I search for a space in a car park…and at other times… but it’s far worse with a cold because I can’t even breathe out of my nose at what I see as my last resort just prior to death – like when I’m eating.

And I’m eating! Because science dictates that you feed a cold, and I don’t really need an excuse to eat.

Then there’s that endless stream of green stuff that just when you think you’ve got to the bottom of it starts oozing again and it always starts with that annoying itchy trickle, usually just as I’m about to doze off, so I’m tired and crabby too.

It could be worse, I know…but could it really?

3 thoughts on “Can Women Get Man Flu?”