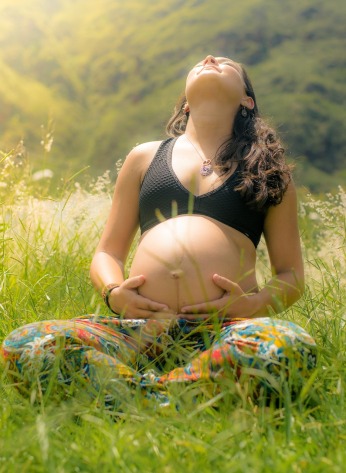 Don’t worry, I’m not torturing myself with this fact, but this post is one that I’ve wanted to write for a long time about my son. It’s similar in vein to the piece Jenny Lawson, “The Bloggess”, wrote on election day in the US – It’s Going To Be Okay. It’s about holding onto the belief that if the fundamentals are there and we make the assumption that most people are genuinely good, everything will be okay.

Many of you will know about the ‘phase’ we have been through over the past few years with our son Kurt. His problems are routed in many medical labels, but to be honest, none of those have helped him or us in the scheme of things. He is Kurt. A young man now. A kid who has faced more struggles than some and nowhere near as many at fitting into the conventions and what he sees as the limitations of society because being the proverbial “round peg”, society hasn’t treated him all that well so far.

I now know that no-one is really to blame, although I’m sure that like every teenager Kurt blames us sometimes. His problems may be caused by chemical imbalance, trauma, his particular pattern of  DNA, but what I do understand is that “knowing why” doesn’t matter really, the counter side to his behaviours being that he apologises profusely after each bad choice he makes, which means I can console myself that we must have done something right.

When we set out on this journey called “parenting”, our white privilege led us to assume that because we could give them the best of everything, our kids would turn out okay; that they would be normal, happy and well-adjusted. What I’ve come to terms with since, is that just like cancer, mental illness, “difference” and disassociation from society is not something that we cause necessarily. It can be inherent. It can happen whether you have a white picket fence or barbed wire around your home.

If I’m honest, I expected both my kids to go to university. We did. Being more creative than academic, I wasn’t so narrow-minded to believe that tertiary education was the only route to a good career, but I never imagined a kid of mine dropping out of school and getting caught up in worlds that were alien to us, that previously we had only witnessed in movies.

This time last year our son should have been sitting his HSC with his peers and I would love to give you a Disney happy ending and tell you that instead he has taken up a trade, become a successful entrepreneur or set the world on fire in some other way. There has been progress, small successes in terms of most parents’ expectations, but the past twelve months have also been a steep climb, with several sharp edges, a few  falls and many steps back down the mountain.

But we are in a better place than I could have imagined two years ago, because we still have our son. He continues to communicate and confide in us, he has a part-time job – hence he is beginning to understand responsibility and his place in the world. And although I cannot say, hand on heart, that he has slipped easily back into the bosom of our family like the prodigal son, wounds are healing and trust is being restored. We are starting to recognise in him now the strands of our DNA.

Perhaps it was simply a question of maturity all along or that his “conditions” created barriers to learning that no school could handle, and that combination of errors affected him in ways we will never understand. Perhaps there were traumas that triggered the inherent anger. Nevertheless, he has finally reached a threshold of approachability so we can talk things through with him. His knee-jerk reaction is still to shout first and listen afterwards, but now he reflects before he makes those final judgment calls. Since we stopped enabling him, he has learnt that his decisions affect him personally as well as us.

I grieved through those years for the son I thought I’d have, the one who opened doors for me, wore collared shirts, was clean-shaven and polite and I secretly rued the fact that I couldn’t mould him into who I expected him to be.

On bad days it was easy to forget that I have a son who cuddles me, seeks my company and tells me he loves me every day.

And I have evolved with him. Somewhere on this journey I reached an acceptance that he will create his own destiny, and if that turns out to be prison or rehab, I will be there for him, but I am not responsible for it. Just as an experience such as cancer makes you value every day, an experience such as ours makes you more embracing of difference, less judgmental of other people’s choices and I have much more empathy and respect for those that struggle with invisible illnesses.

It may also have something to do with my age, but my expectations for my children and myself are now focused on the simple goals in life, such as health, happiness, goodness and personal fulfilment rather than financial success and one-upmanship.

Kurt will find his way. And it will be his way.

She wasn’t impressed that I took her further than around the block this morning. #ageing #walking #dogwalking #beach #view #ocean #bilgola #sydney
Feeling it 😩. But not enough to put the lives of others at risk. #lockdown #sydney #covid_19
Good to be back in the old hood. #housemove #newport #northernbeaches #ocean #view #beautiful
Surfs up! What a great way to exercise your mind and body in lockdown. #lockdown #surfing #newport #sport #exercise #beautiful #beach #ocean #health
Been married to this dude for 28 years today. Here he is contemplating how lucky he’s been 😂. #anniversary #Marriage #love #soulmate #weddinganniversary #couple #grateful❤️
Walking off the comfort food I’m consuming in lockdown. #walking #health #lockdown #pittwater #Churchpoint #comfortfood #eating