As I’m sure most of you would agree, the invasion of Netflix into our lives has been a godsend to our age group; up there with Botox, Tena pads and Viagra for some of us, I would imagine. 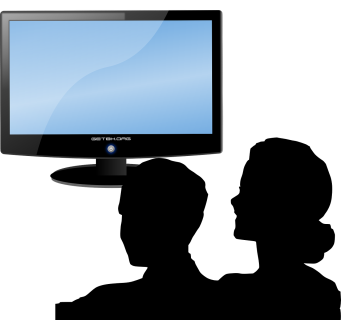 Unfortunately, however, the old man and I have a few issues to resolve around our nightly sessions of back-to-back viewing of episodes of our favourite series – which can sometimes comprise of months and months of entertainment…thank fucking Christ!

I’ll give you an example:

We began to watch Vikings a few months back. His choice not mine, even though the wonderful Mumabulous had droned on and on about the series for what seemed like eons, due to its infusion of Norse history and intimate study of the Viking culture, I believe… so I was intrigued.

Imagine my surprise when the visual feast of the series wasn’t all gratuitous blood and guts and men being …well, men, and it contained some genuine storylines, that are actually based on history. The series is headed by two lead characters, the brothers Ragnar Lothbrok and Rollo. Interestingly Ragnar, played by Australian actor, Travis Fimmel, used to be a Calvin Klein model before he took up his shield and learned how to plait his hair and I think that the depth of that experience truly aided him to nail the authenticity of his character, who, part crazed butcher and part sensitive new man with his children’s safety as his priority, is most women’s dream man.

But inevitably it can be kind of heavy to watch, night after night, particularly for us sensitive types, and in spite of the rather distracting amount of very toned male flesh on display – obviously the Vikings were the forerunners of the six pack. So after surviving the edge-of-your-seat mass brutality of the first two series, the old man and I decided we needed a breather from the mass destruction of England and decided to revert back to another series last night, that we had watched over Christmas – The Killing, an American cop series that is set in Seattle.

We’d had a hiatus of about a month and needless to say, neither of us could remember a fucking thing that happened at the end of the last series.

‘Did they find the body of the boy in the boot?’

‘No, he was at his father’s grave stone.’

‘When did his father die?’

‘He was hung, remember? The whole of the last series was about them trying to prevent his hanging.’

‘Oh…was this the one where she slept with the killer?’

‘Yes, that’s why she’s so consumed with guilt.’

‘How did he kill them again? Was that the Blood Eagle scene.’

If torture scenes where a sexy, bloody man cuts along the flesh of a man’s spine, pulls apart his rib cage, pulls out his lungs and places one on each of his victims shoulders, put you off your dinner, Vikings may not be your cup of tea. I close my eyes during those scenes because gore apart, the series can be magnetising light entertainment in which both men and women are convincing warriors, with the women equally as powerful and there’s barely a gratuitous breast or Brazilian in sight. So, more progressive than GOT, although not as thought-provoking.

I have seen a penis, although not Ragnar’s, unfortunately.

There’s no equivalent eye candy in The Killing, but if like me, you get a thrill out of watching shows that are set in rainy, cold locations while you check your tan lines, it is also worth a watch.

How’s your memory faring? Thankfully, I’ve got the heat to blame at the moment as we melt in a heatwave, but I’m also considering making the switch to red wine for all its well-documented health advantages that I hope include improvement of one’s ability to remember where you car is parked.

“Family” in Australia. These four have known each other pretty much their whole lives. Connection is so important. #connection #family #love
Despite COVID, managed to get a few precious moments with the Lowns and His Royal Pinkness. #family #travel #love #happy #London
Final days ☹️ So excited about tonight’s flight 😳#travel #London #family #friends #love #happy #holiday
Quick catch-up with one of my gorgeous nephews. #cousins #family #love #nephew
An interesting whistle stop tour of my old haunts in South Ken yesterday. A visit to the V & A, followed by Hyde Park where I was nearly run down by the Kings Guard, and then onto the High St. it is clear to me that squirrels are now running the country 😂 #travel #southkensington #London #tourist #squiirrels #museums #hydepark
Out and about in London Town. I assume the Kate Spade outfit is for middle-aged women🤣 #happy #travel #tourist #regentstreet #London #carnabyst #love