Come to Sydney, they said, the climate’s great, they said.

Most of the time. 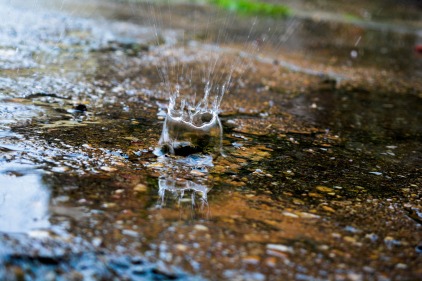 Since 2017 began – and remember we’re in summer here – the temperature has ranged between a pizza oven and cardie weather, with little variation in between.

And then came the rain; a deluge that has had the gall to wash away the old man’s latest attempt to grow grass from seed. In fact, watching the defeated look on his face each morning as he inspects its status has been the only compensation for the cabin fever of the past two weeks.

Each morning, NC, our resident climate scientist, has stuck her wet finger out into the air and sighed – the street’s daily broadcast that of course we’re doomed – and I have become more and more stir crazy.

The only benefit of being housebound with such a dire case of cabin fever is that it has forced me to become more inventive in how to entertain myself, especially when the rain was the latest excuse from Telstra, our telecommunication provider, to affect the quality of our WIFI – in much the same way that leaves and snow used to affect the entire rail network in the UK.

So, perhaps it was a fortuitous side effect in this age of instant gratification and my own dependency on social media, that while the old man filled his time cleaning out his bodily orifices in front of the cricket, I came up with the following interesting ideas:

6 thoughts on “What Do Middle-Aged Adults Do On Rainy Days?”