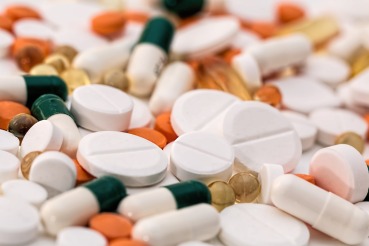 Health concerns continue to dominate the conversation with friends, now evolving at a faster pace than our hatred for world leaders and terrorists. Where ten years ago all we had to grumble about were minor twinges, joint soreness and forgetting the odd name, nowadays we talk about cancer, blood pressure and how often we forget our own children’s names. We have heated debates about the health system, out of pocket expenses, the cost of anesthesia and the benefits of this hospital over that one.

Such is our enthusiasm for the topic of our decaying health, competitions have been set up for who takes the most medication or has the highest Statin dosage, and there is a prize of a holiday to Disneyland for the family that reaches the Medicare threshold first.

I was bemoaning my most recent terminal symptoms to a girlfriend the other day and she told me that if you make it to fifty, there’s a good chance you’re here for the long haul.

I think she was being optimistic, but in the spirit of positivity, I switched the topic of conversation at lunch a few weeks ago to Marijuana, even if this subject has been somewhat exhausted over the past few years in relation to our offspring.

This time, it was the medical kind that was up for debate, and by dessert, we had drawn up a legal pact that whoever among us is fortunate (or unfortunate) enough to attain that first medical marijuana script, has to share. I should point out this agreement was made with a similar logic and scale of planning that saw our parents set up timeshare properties with their friends back in the eighties, and like then, payment will be red wine. But the old man and I were thrilled as the decision took us one step further in the goals of our own personal retirement plan, one of which is to be the next Bernie and Rozalin Focker.

If we can’t get the script, Plan b is to see if our kids have any contacts, at which point the old man and I went suspiciously quiet.

Another friend of ours was quite surprised to find that I carry Aspirin around in my handbag at all times – unless I switch handbags, in which case I have accepted I will die  – which is something I have done for a good ten years now. ‘Positive thinking?’ he quipped.

‘It’s hard to be positive when your mother dropped dead at thirty-four of a heart attack,’ I responded bitchily because it was that time of the month.

Did you know that Aspirin is a highly efficient anti-clotting agent that can save you in the early stages of a heart attack or stroke and it is widely used in a preventative capacity after such events? I know this because another friend ours prioritized going to a 7-Eleven for a packet of the stuff on his way to the ER – just prior to his second minor heart attack – and he lived to tell the tale.

Even if they only act as a placebo, those little tablets of willow bark extraction in my handbag give me some level of comfort each day and I try to ignore anxiety’s questions of how I would get it down my neck in abject pain and possibly on my own. I would also need water because although Aspirin is the largest selling pain reliever in the world, it still tastes fucking foul.

Ignoring my mean response, my friend – who I swear is related to Don Tilman from the The Rosie Project – who is one of those people that stores useless information to bring out at random moments, like when you’re trying to say your good byes in a busy car park, went on to give me the history of Aspirin and to recount its other superpowers.

Aspirin can slow down cancer growth.

Aspirin is good for the brain and reduces the risk of dementia and Alzheimer’s.

Aspirin can revive a car battery long enough to get you to a garage.

It prolongs the life of flowers.

It restores hair color from chlorine.

It relieves bug bites and acne.

You do need to real the small print, however. Like Viagra and other wonder drugs, too much can be dangerous, and although your willy won’t explode and shatter into a million pieces, deafness can be linked to over-use.