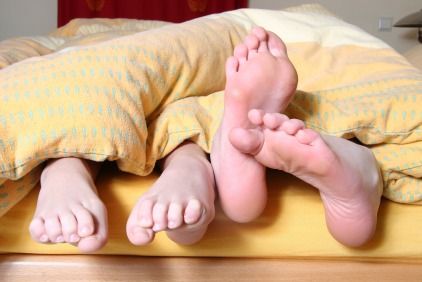 I would like to be able to blame Menopause for my recent bouts of insomnia but it is becoming increasingly obvious that my lack of sleep has more to do with the nightly comings and goings in our frat house and the entitlement of our young adults than my hormones.

I get it. I know how hard it must be to budget for rent when you have Ubers, eating out and full body waxing to pay for, but surely there is a limit to what you should have to put up with as parents, who by rights, should be empty-nesting by now?

They don’t even take us for granted in the obvious way we used to take our parents for granted when we came back home under the pretense of a visit to get our washing done, be fed or for that sneaky twenty from Mum’s purse. But at least when we were their age, we were respectful when we snuck into the house after a skinful after midnight, and as quiet as proverbial mice until we were safely tucked under the doona. We also didn’t bring back the city’s homeless to raid our fridge, terrorize the dog and use up all the loo roll.

Friday night began with a call from Kurt at 1.30am to remind me that I owed him $20 and could I transfer RIGHT NOW before he finally returned home to Hotel Simmonds at 4.30am and morphed into Pete Evans to knock up a batch of Barramundi to feed the five thousand.

Meanwhile, NC, who in spite of years of education and some understanding (I assume) of biology, must have missed the lesson on how to whisper. Most nights when she comes home in the early hours, she marches into our room and throws herself between our sleeping bodies with a ‘let me tell you about my night.’ Other nights, she brings home friends who regale loudly over Vegemite and toast sessions about how awful men are before they switch on the tv to catch up on The Bachelor.

The icing on the cake is the recent behavior of our one perfect child, The Princess, who since she discovered the barefaced cheek of the cat we call The Tormentor from next door, (who prowls our front garden, goading her into what would be a highly ill-matched fight over territory), has started to growl throughout the night. I realize she is trying to protect her parents from the perils of living in such a high-risk suburb (!), but surely she must realize by now that she is no competition for her blue-eyed feline counterpart? Not the sharpest Spoodle in the box, she tries to scare the cat off with some crazy territorial dance that includes zigzagging around the garden and barking loudly while the cat sits on the fence, inhaling on a joint, a knowing smile of superiority plastered over her face.

Hotel Simmonds feels like Faulty Towers at the moment. It’s like we’re living in some black comedy when what we should be doing is going to bed each night with a cup of steaming cocoa ahead of a solid eight hours of sleep. Nighttime activities have changed somewhat since the early years of our marriage and now involve moving the dog from room to room, the fire prevention tactics of checking the oven is turned off several times a night, body counts and concealing alcohol. Home has become part frat house, part asylum, where not even the sight of Kurt shaving a Mohican on his head in OUR en suite in the middle of the night, surprises me anymore.