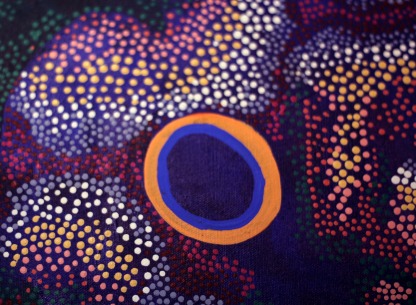 Creativity is open to interpretation, and nowhere is that more obvious than in the world of modern art.

Now, I’ll admit that I know zilch about art, apart from what I like and what I don’t like, like the majority of people. I stand in front of a canvas and for the most part, I have no fucking idea how to interpret its meaning, although I try to keep an open mind. I understand that the enjoyment of creativity is generally subjective, and so when I look at a beautiful Aboriginal artwork – an abstract of colorful dots and circles that is supposed to represent a man fishing in a creek, I accept that’s what it is, even if my head is saying Fuck Off! And while I do have more difficulty connecting to the sort of contemporary art that looks like the artist tripped with a full pot of paint on their way to the easel, I can still appreciate the craft behind it.

Each year, the Art Gallery of NSW in Sydney holds a competition and exhibition for portrait painting called the Archibald Prize, as well as one for landscape painting or figurative sculpture called The Wynne Prize, and finally The Sulman Prize for subject, genre or mural painting. I try to attend each year so that I can consider myself cultured.

As per usual, this year’s submissions produced some truly incredible work as well as some complete shite. But that’s just my very unqualified opinion.

Obviously, I’m not going to point the finger at the works I thought a two-year-old could have done because I am a philistine, and it is probably short-sighted of me to expect a portrait to look vaguely like a human face. 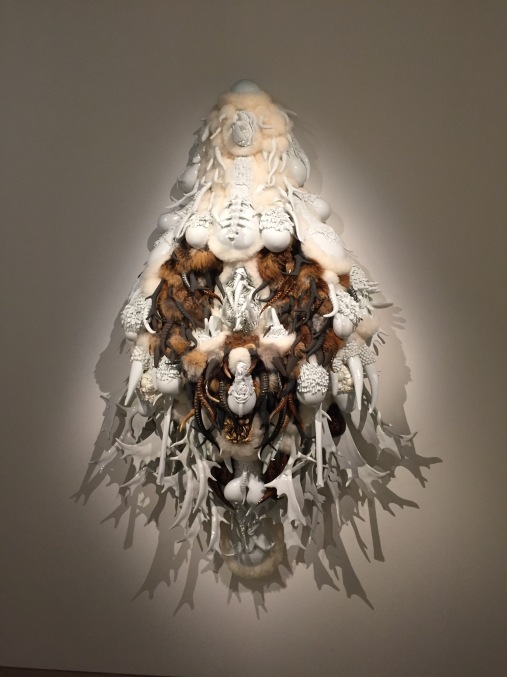 This piece, for example, is a work by Juz Kitson entitled: That which provides safety and the possibility of growth, that which you can put your trust in .I’ve linked it to the information given by the artist (I assume) about what it represents because I haven’t got a fucking clue what even the description means, yet I can still appreciate its beauty and the thought and craft behind such an amazingly complex piece of work. My interpretation of the piece might be “My uterus during menstruation”.

The point is, any form of creativity is a personal expression and it may or may not resonate with everyone. Think of some of the “crimes against fashion” that appear on the catwalks each season. How many times have you seen some new fashion trend that you decide you wouldn’t be seen dead in, only to fill your wardrobe with it the following season?

Ankle boots? I rest my case.

I like the idea of giving your “personal best”, even if the concept sounds like a cop-out to the competitive among us. Which it’s not because exposing your inner-most thoughts is terrifying. As the child of one parent who believed that my best was enough, and another who only acknowledged “first place” achievements – and was perennially disappointed – the idea seems a good balance to aim for. We all know in our heart of hearts what we’re capable of and although I have been known to achieve more with a push, there have been occasions when I’ve had to question afterwards if the pain was truly worth the gain.

This writing journey of mine has been a tricky one to navigate in terms of continued self-belief. One day I wake up and think I’m the next Thomas Hardy and the next, the fear of being rejected by Mills and Boon seems equally credible. Which was why I stepped away from the blank screen of my laptop and attended this exhibition – I needed to remind myself of just how subjective “creativity” can be. Because when you find yourself waist-deep in the sinking mud of a huge project, it’s easy to forget that everyone experiences self-doubt. I needed to remind myself that public acknowledgment for my work was never my goal. Indeed, very few people get that for their work.

‘Having a go’ is what is important – a part of the process that can be the most fulfilling of any journey and something we tend to lose sight of in a society that bases “success” on fame.

The lack of public acknowledgment for our work does not mean it is inferior. That’s why when friends ask me about the progress of my book and I find myself searching for excuses for why it is neither fully finished nor published yet, I feel like I have to remind them that I have completed a manuscript – an achievement in itself – a work that is the result of years of toil, passion, commitment, and pleasure, that has helped me grow, shaped me and allowed me to leave a legacy to my family.

4 thoughts on “Creativity Is Open To Interpretation”

Finally, the sun came out today and it was worth the wait. #holiday #sun #beach #happy #light
Best buds since high school. Love it when these two catch up. @kasimmonds #friends #bestfriends #bestbuddies #highschoolreunion #beautiful #specialmoments #love
Someone’s happy to be on holiday. #holiday #dog #doglife #happy #forster #chillout #chill-out #beach #beautiful #dogfriendly
I needed this today. Food for the soul. #manly #beach #mindfulness #sydney #calm #calming #soothesthesoul #beautiful #breathe #relax
First manicure/ French polish at 55. Never again. Surprisingly, not that high maintenance. #manicure #beauty #highmaintenance #bucketlist #frenchpolish #nails #beautyblogger
My attempt to put this puzzle together feels like so many other times in my life when I’ve felt I had all the pieces, but I still struggled to make sense of them, to make them work together towards a successful outcome. #puzzle #life #struggle #mentalhealth #success #goals #overthinking #lifeschallenges