I am reading Richard Glover’s wonderful family memoir “Flesh Wounds” at the moment – a Book Club choice, and if I’m honest, not the sort of book I would normally choose, yet I am riveted. 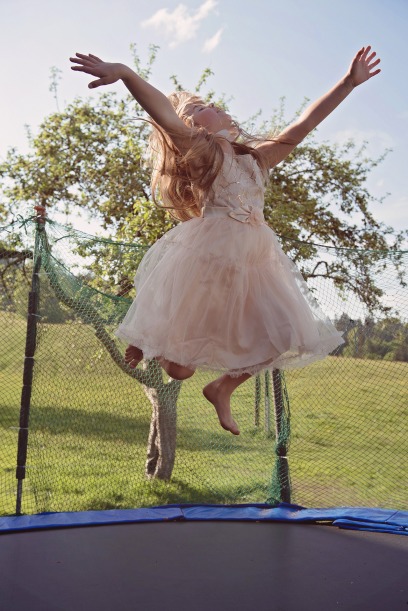 It is the story of his childhood in a dysfunctional family that ultimately provokes him to trace back through his family tree for answers.  The main question that comes out of the book is whether nature or nurture influences our development and how much the unusual behaviors of his parents influenced the man and parent he is today.

Coincidentally, an old school friend sent me a piece from The Guardian to read this week, aptly entitled (after my recent post “How Much Do You Drink?”) “Should I Avoid Drinking In Front Of My Children?”  The piece questions if our own drinking habits and/or genes, affect the choices of our children. In other words, should your responsibility as a parent and role model exclude you from drinking?

According to its writer, Luisa Dillner, “In 2009, Prof Liam Donaldson, the Chief Medical Officer at the time, warned that ‘exposing children to drink-fuelled events’ was one of the root causes of the UK’s drinking problem.”

However, upon further research (and in conclusion), scientists have found that there is no definitive link between parental influence and alcohol-abuse, as long as drinking is done in moderation.

What is clear is that drinking to the excess of dancing on the trampoline at 3am in your daughter’s fairy costume, singing Despacito, is probably not advisable – sorry, kids. In much the same way that compulsively eating junk food in front of them and bitching about the mums at school, their friends or their father in front of them is probably not recommended, either. And did I mention road rage?

Selfishly, I believe that the sacrifice of twenty years or so of our lives to raising our children is a long time and I am not perfect – in spite of society’s expectations. As Richard points out in his book, in many respects we are far “better” parents than our own were if we were products of the fifties or sixties. Modern parents spend more time with their kids and take an active role in their development; they encourage them and show them affection. Many parents of the sixties were uninvolved with their children; children were tolerated, “seen but not heard” and if your dad asked you to fetch him a beer from the fridge you delighted in the attention.

Since the “drinking shame” phase has gathered momentum, I have questioned how my own drinking habits have influenced my children and it would not be unfair of me to draw a comparison with the drinking relationship I had with my own father. Habits that these days would be frowned upon, encouraged the communication channels between two damaged people and enabled them to form a relationship out of the debris.

There are many different ways in which our parents influence us – good and bad – but surely the sight of your mum relaxing with a glass of wine after a long day at work is not the worst crime against parenting, even if the naysayers insist that rituals that encourage the use of alcohol as a crutch will remain with our children. NC would tell you that canceling sleepovers, forgetting about Mufti days and not realizing she had a broken leg were closer to the top of my list of parenting crimes.

I have never pretended to be a perfect role model to my children. I believe that there is much to be learned from witnessing the mistakes of others and feel comfortable that I have done my best as a mother. I am just as happy to admit to them when I’ve fucked up. I have always loved them unconditionally, even when I needed that glass of wine in my hand to do so.

Interestingly, neither of our kids drank until the ages of sixteen/seventeen. As NC pointed out when I begged forgiveness for turning her into an alcoholic asked her opinion on this topic, because we never hid the fact that we drank, she grew up to see drinking as a social thing we did with our friends rather than a coping mechanism. And when finally she had the means at her disposal to make her own choices, there wasn’t that impetus to go underground and get trashed. Well, not immediately.