With forty-eight hours and thirty minutes to go, no, I’m not the teeniest bit nervous about the arrival of the rellies for Christmas. While one half of me can’t wait to wrap myself up in dad’s arms again and beg him to take me home to let me be a child again, the other half keeps reminding me about all the stuff he’s going to notice; the stuff he didn’t do that way, in his day. 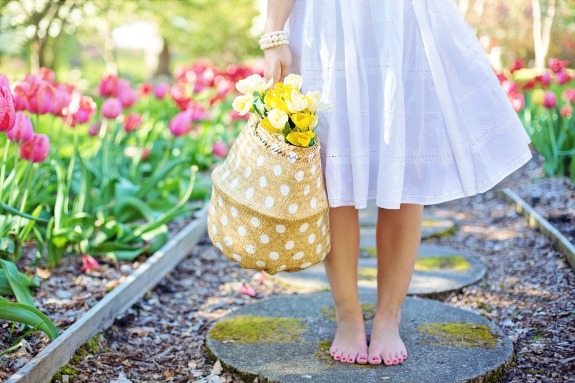 Because, as parents, that daily calling to judge and criticize our adult kids for not doing things the way we did, is hard to ignore. I found myself guilty of it when NC proffered any suggestions about the interior decoration of her new studio, the other day.

‘Don’t be silly,’ I heard myself say. In other words, Mum will always know best. For her sake, let’s hope she sticks to her word and decides against grandkids.

My conscience, in terms of the cleanliness of my house, has been eased somewhat by the knowledge that Dad has a cleaner – in both houses – so I’m not sure why I’ve spent the past few weeks zapping the moths from the pantry, checking every food storage jar for weevils and catching every speck of dust in the air before it lands on the furniture. But admittedly, when I bragged about the fucks I don’t give this year in my last post, I think I must have blanked out my father’s visit.

I’ve even weeded the garden, a massive job, because the house we recently rented seems to cultivate weeds rather than plants, and weeding is not a job for the faint-hearted in Australia. My dad doesn’t have a garden in Chelsea, and when I look back now to those years of pretty English gardens with their delicate flowers, chirping birds and stinging nettles,  the main predator, it is with a fondness. I laugh now when I remember how I used to do the spider dance each time an earthworm poked its head out of the soil, and the time we discovered a slow worm under the swing set and called the RSPCA.

Beetles, daddy-long-legs and even maggots are childsplay once you’ve danced with death in your Australian garden. There was a warning in the media recently about how there are more snakes around this year than normal – as in deadly snakes, the type that kill you, and feel zero compassion for the fact that you’re really British.

You mean IN THE ZOOS? I was tempted to ask, before I remembered that I didn’t really need or want to know the answer.

Gardening, is apparently one of those strange activities, like lawn bowls and scowling at young people, that some older people develop a passion for. Not me. With a dodgy lower back, an irrational fear of skin melanomas and the more minor problem, that I don’t actually know one end of a plant from another – and certainly not one end of a native Australian plant from the other – it is something I strenuously avoid, and was one of the best bits about living in the city with its tiny balconies and pokey courtyards. Unfortunately, however, when we rented this house, the only way to negotiate the rent to a sum that correlated vaguely with the old man’s spreadsheet, (created circa 1950), was to take ownership of the garden.

Secretly, I suppose, I had hoped that the old man would punch his chest in an ape-like gesture of dominance and add weeding to his short list of man-jobs – but unfortunately, he’s as terrified of creatures that can kill you as I am. Here, snakes lurk in the flower beds, hide under your deck and have even been known to take a shower with you. In one video I saw, one of the sneaky buggers crawled out of a light fitting and the family continued to live in the house.

I haven’t decided if the Princess is just happy to share her territory with me when I’m in the garden, or secretly delights in scaring the bejeebers out of me by clambering stealthily through the bushes and rattling leaves each time I’m on my hands and knees in what is clearly a position of submission.

Put it this way, there’s rarely the temptation to dig too deeply here with the Funnel Web – a common garden spider. Although, in fairness to one of the world’s deadliest spiders, it is generous by poisonous spider standards because it gives you a good thirty minutes or so to die your heinous death.

Dad might be wise not to mention the thick layer of dust on the skirting.

9 thoughts on “Gardening in Australia, AKA Dancing With Death”