YOU’RE NOT, I assume, and neither will you ever consider booking a cruise ever again, I would take a guess (if you’re of sound mind).

In the spirit of Gloria Gaynor, I am surviving, although as you can imagine, this is not a great time for hypochondriacs. Reassuringly, very little has really changed in our house, aside from an escalation in the toilet seat debate and some highly competitive stockpiling of toilet rolls in our own bathrooms.

Fortunately – and that is a serious downplay of that word in an uncharacteristic attempt at sensitivity – we don’t have young kids at home, and having worked at home together for some time, we are used to avoiding each other as much as possible within the strict, self-imposed boundaries of our home. But it’s funny how much this crisis has improved communication – in general.

It has certainly increased mine. Anyone who knows me well will be aware that I would rather have a mammogram than make a phone call, and yet I’ve been Messengering and WhatsApping like a Millennial over the past week – mainly in my attempts to keep tabs on anarchist, older members of my family.

My stepmother has reported back that my father is adhering to the new restrictions, much to my surprise. Apparently, he has taken an uncharacteristically sensible approach to isolation in spite of his disgust at the government’s decision to open the supermarkets to his age group between 9 and 10am – when he rarely surfaces before 10. I think the word he used was “unrealistic” in his description of a decision he believes is based on unfair stereotyping about old people being early risers.

Evidently, he’s not too worried about catching the virus, because ‘It’s only going to get the really old buggers” he tried to reassure me as I counted the hairs in his nostrils during our weekly video chat. And that’s why he put his chances of survival his the hands of alcohol rather than government restrictions and has upped his whisky consumption – “Just to be safe.”

Mind you, Dad has always been a pragmatist. I’m pretty sure he mentioned the same “more chance of getting run over by a bus” analogy during our conversation that he used to terrify me with during my childhood, hence, although he has always blamed my mother for my issues with anxiety, I’m beginning to question his accountability.

Meanwhile, the other old man in my life has been burying his head in the sand – particularly in relation to our finances. Having agreed to curb our spending at our last finance meeting – instigated by him, I should add – I was somewhat surprised by his expenditure on golf over the past few weeks – since curtailed by the closure of all courses yesterday.

“Essential?” I queried as I trawled through the bank statement and watched him splutter some excuse about therapy for his mental health in these highly anxious times. So it’s anyone’s guess how he will fare as we move forward.

He hasn’t been quite as successful at concealing the delight on his face each time one of our social engagements is cancelled. I swear he rubs his hands with glee each time the government limits the number of people that can gather in a group, and any day now I expect him to bunker down with the dog in full isolation mode.

Was doing the dutiful mother thing last weekend and chaperoned nerd child, the intelligentsia spawn of the old man, (who wants to study geophysics (WTF)), to the Sydney University Open Day.

Explicit behavior instructions had been issued when she allowed me to accompany her. I had to look the part to compete with those rich-bitch, tennis-playing yummy-mummies from Scotts and Shore, and I obviously had to control my gob, which is no mean feat, especially when my back’s against the wall. 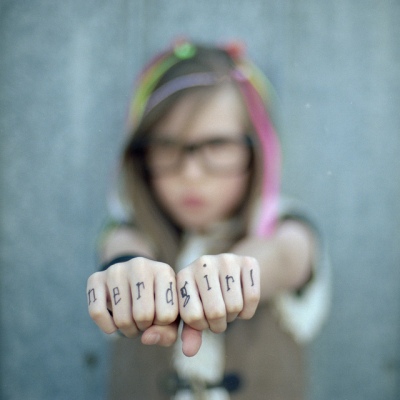 After much rummaging through the Pandora’s Box I call a wardrobe, and amid the usual female wails of ‘I haven’t got any clothes’, I decided upon my nearly-new Ssusan black and caramel striped jacket (which for some reason always provokes rockstar/ADHD son to buzz at me), skinny black jeans to prove I’m not as old as my face betrays and vintage brown boots. I knew I’d be ok as long as I could keep my sunnies on (at all times) to disguise my un-botoxed crowsfeet, which were still recovering from a spontaneous over-helping of Chardonnay the night before. Yes, I really am THAT responsible. (It was a Friday night!)

To ram the point home, in that dictatorial, (some might call it scary), manner that she has when speaking to her mother, nerd child had instructed me to imagine that I had tape over my mouth if I felt the urge to release an inappropriate comment; like I was some filter-less retard who can’t control what comes out of my mouth at any given time. You don’t argue with the tween; she’s like some over-zealous Germaine Greer type throwback and is not one to mince her words and highly generous with her scorn.

Interesting facts about Quantum physics don’t exist, so I wasn’t tempted to verbalise anything very much for the first hour of ‘interesting’ talks, instead whiling away my time focusing on controlling my latent talent for yawning in between yawns, and questioning why the potentially attractive nerdy lecturer didn’t die the grey out of her hair.

I then fidgeted my way uneasily through a face-to-face discussion about geophysics with another ‘expert’ in the field, (it apparently concerns rocks and tectonic plates and highly academic sh*t like that), and finally, just as I was on the verge of opening my mouth in distress like some petulant toddler, we were released from Nerd prison into the sunlight of the adjacent quad where I almost orgasmed over coffee and ‘real people’ (who do interesting subjects like all of the arts) rather than the brain cell dominant group we had left behind, lurking uncomfortably in the presence of the world.

So I get my best swanning swagger on, just to make it clear that ‘yes, ‘I did produce this gorgeous-looking brainiac’, but before I could jack up my depleted energies with a much-needed caffeine hit, (and I can only put it down to the psychedelic attraction of the infamous ‘bee’ jacket), we were suddenly accosted by a team videoing the whole event on behalf of the university, who asked us if we would be interested in answering some questions on camera about my own university experience in relation to nerd child’s application.

I locked eyes with Nerdie to check that it was ok for me to release the tongue by pulling the invisible tape off the filter-less pit for my sixty seconds of prestigious uni fame, and she seemed unusually chillaxed in my presence, (no doubt still wallowing in all that rock formation and logarithm talk), and she naively surprisingly nodded her acquiescence.

‘So, Mrs Simmonds, if you had one thing to pass on to your daughter that you learned from your university experience, what would it be?’

‘Hmmmmm, let me think……….(searching in recesses of wine-addled brain), I think it would probably have to be my alcoholic tolerance.’

Have you embarrassed your children recently? I really don’t care if you have or you haven’t, JUST SOMEONE COMMENT SO I KNOW THERE’S SOMEONE OUT THERE!

It’s the year of the mullet and the jump suit. No one does it better x @tommysno1 #style #jumpsuit #mullet #son #love #nailingit
Now we’re out of lockdown, I have no excuse to bake cakes, but who needs an excuse, really? #baking #lockdown #sydney #yummy #strawberry #comforteating
Nikki and I met at school forty years ago on the other side of the world and, clearly, we’re not ready to let go of the uniform. Good to catch up x #friends #catchup #schoolfriends #grateful #walking
Another walk where I’m blown away by the landscape. I feel so lucky to live in this beautiful state during lockdown. #sydney #palmbeach #northernbeaches #landcape #ocean #beautiful #grateful
No idea what came over me, but yesterday I baked a lemon and ricotta cake and it looked kind of like the cake on the recipe. #baking #cake #yummy #lemon #domesticgoddess
We WILL have a picnic! Nibbles, wine, and laughs at sunset on Newport Beach. Thanks to @lesliemilbourne for the photo. #picnic #rain #beach #lockdown #girlsnight #wine #laughs